Two 1800’s single houses originally stood at this site and faced east on South Washington Street. During Corn Hill’s urban renewal project in the 1970’s, the homes were demolished. In 1983, the present building, divided into two single family residences (102 and 104 Troup Street), was built facing south on Troup Street.

The 102 and 104 Troup Street structure was designed by local architect, John Pagen, a resident of Corn Hill. It was specifically designed to complement the surrounding historic homes. Another Corn Hill resident, Al Rayburn, built the two homes as a labor of love with the artisans who worked with him. Both include contemporary layouts, 10 foot ceilings, expansive floor plans and magnificent windows.

The current owner of 104 Troup Street purchased the property in 2008 and is the fifth owner of this home. Working with another Corn Hill resident, Anita Hansen, a local interior designer, the entire interior of the home was revamped and repainted and extensive artwork added to the second level for use as a small boutique law office and conference area. The aging deck was redesigned and replaced to include locally designed and custom made wrought iron railings, below deck weather protected storage, and direct access to the lower back garden area. The unfinished ground level of the home was transformed into a private office with half bath, with an entry room and private hallway to the side parking area. The third mezzanine level was converted into a media room. The fourth level was redesigned and upgraded to contain a legal assistant office and combination master suite bedroom with adjoining modern European style bath. Many other personal touches were added as well.

The owner lived in the Corn Hill Commons area of the neighborhood for almost 10 years in a condo overlooking the river and had not planned on moving. Once inside this exceptional structure, which was showcased on the 2007 Corn Hill Christmas Tour of Homes, he fell in love with the avant-garde design and open layout and future potential not yet utilized. The owner is ecstatic on his move to the historic part of Corn Hill and being able to work and live in this very unique structure within the oldest neighborhood of Rochester. 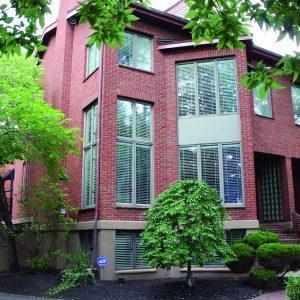 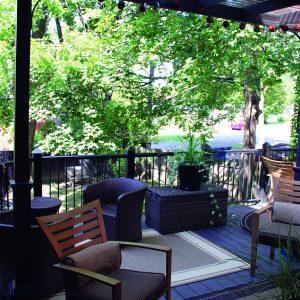 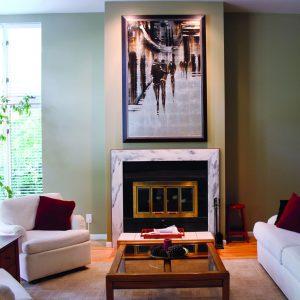 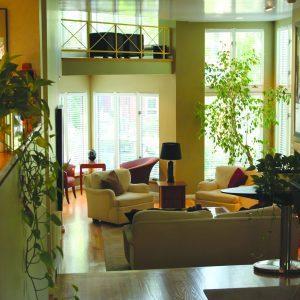 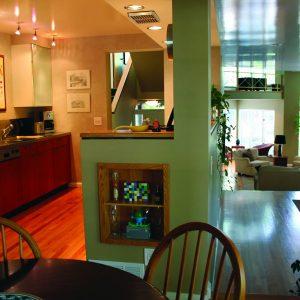 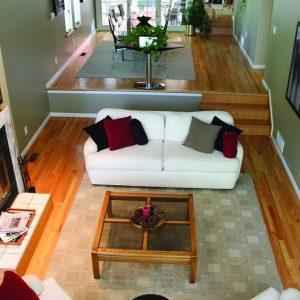