Rochesterville, population 300, drew Hervey and Elisha Ely and Josiah Bissell from Pittsfield, Massachusetts. Hervey was 22 but, within weeks, started a General Store.   Together they built their first gristmill near Court Street.  Within weeks they were prosperous, and Hervey began construction of his home on the hill.   He used stucco over brick scored to resemble stone blocks.

Unfortunately, the market dropped in the grain market, and the home was sold at auction.    There would be many future owners: bankers, congressmen, etc.   Ralph Avery, a prominent artist, lived in an apartment within the home.

In 1920, the Irondequoit chapter of the daughters of the American Revolution purchased the home. They have meticulously restored the mansion inside and outside.

The home is 6,597 square feet and contains three apartments.  The house’s interior maintains elaborate plaster decorations, fine marble fireplaces, an elegant curving staircase, and 12-foot ceilings. Many antiques adorn the rooms, including a handsome sideboard used in the Newburgh headquarters of General Washington during 1780-1781 and a candle-lit shaving mirror used by the Marquis de Lafayette. 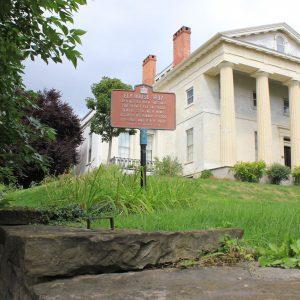 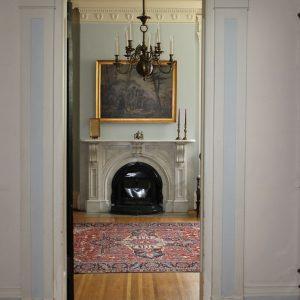 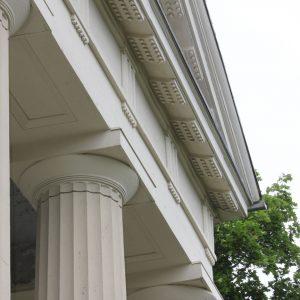 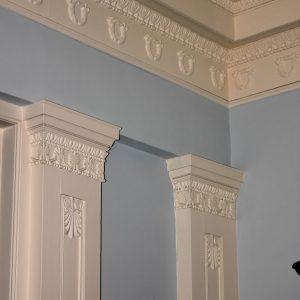 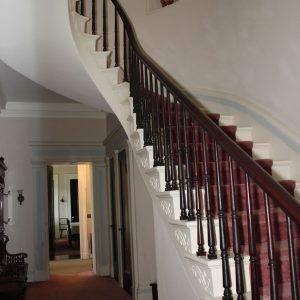 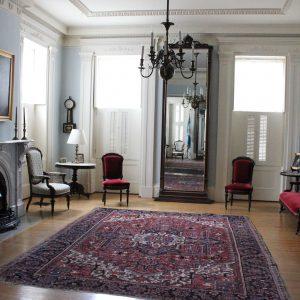