Corn Hill is famous for its dramatic renovation success stories, but few are more dramatic than the rebirth of this Tremont Circle house. Built in 1864 by Mr. H. Webster of Clyde, New York, this brick Italianate house was soon sold for $2,500 to Philip Kirley, a leather dealer and shoe manufacturer. The Kirley family lived in the home until 1919, after which the home was partitioned and transformed into a multiple residence—a change that led to the house’s decline. During these years, the house served as living quarters for a professional lacrosse team (which painted the house in team colors), and as an R.I.T student residence. By the 1960s the house was dilapidated, abandoned and singled out for demolition by a city councilman. Although the house itself was boarded up, the front double doors had been removed, leaving the large entryway open to rain, snow, stray animals, and vandals. During this time a fire destroyed much of the interior.

Thanks to the efforts of Mrs. David (Libby) Stewart, of the Genesee Landmarks Foundation, the house was spared demolition and sold in 1967 to Mary Grooms for $2,500, the same amount for which it had sold 103 years earlier. Ms. Grooms, a small building contractor, renovated the house, converting it into its current state as a two family residence. The handsome entrance porch was restored, and the original entrance doors, which were found rotting in the back yard, were returned to their hinges. In 1972, Ms. Grooms received a Gannett Newspaper Award for her efforts.

Inside, the house features twelve and a half foot ceilings, original crown moldings, and a prominent medallion in the dining room designed to complement the existing architecture. The foyer features a curving staircase and original pine flooring. The current owners have restored one of the two marble fireplaces, which originally burned coal, to a working gas fireplace, and, like recent owners of the house before them, have made various updates to the home. 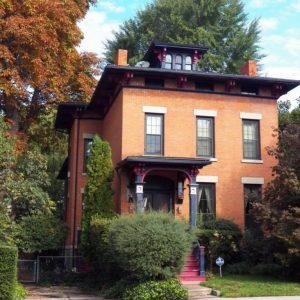 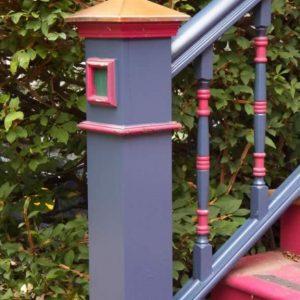 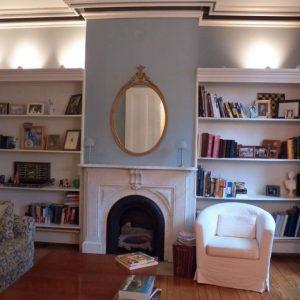 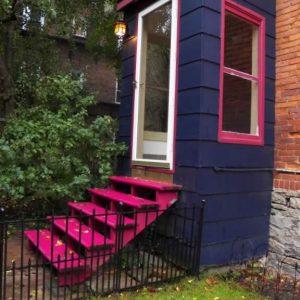 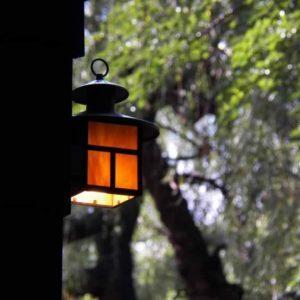