The distinctive Italianate tower, iron cresting, “widow’s walk”, French Mansard slate roof and embellishments of double bracketry under “Yankee guttered” eaves all characterize the style of this well-known Second Empire Corn Hill mansion. Completed by Rochester manufacturer Jacob Irwin in 1872, this house remained the residence of his daughter, May Irwin Montague, until the 1930s, when it sat empty for several years. By the 1950s, this once proud home had been broken up into eleven apartments, occupied by RIT students. In the 1960s the Landmark Society bestowed its “Landmark” status, and the house was converted into the current three-family designation.

Inside, care has been taken to preserve existing moldings and ceiling medallions. A variety of Rochester artists and craftsmen have contributed to its restoration and to the trompe l’oeil, faux painted woodwork found in the gracious parlor and dining room. The kitchen has been restored in an Arts and Crafts style and Mr. Irwin’s former first-floor bedroom is now an elegant library with linen-covered walls. Recent restorations include the copper roof moldings and dormers, the replacement of hand-cut roof slate, and the installation of antique glazed tile chimney pots.

In November 2003, the owner was presented with the Landmark Society’s “Historic Home Award” for his care and commitment to the preservation of an architecturally significant house. 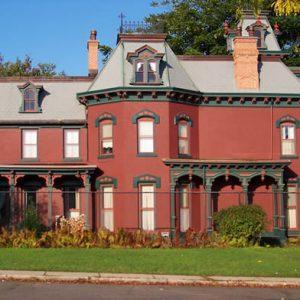 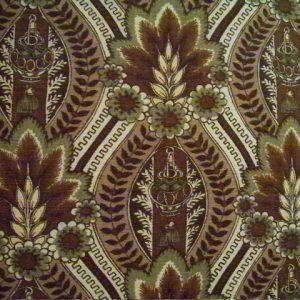 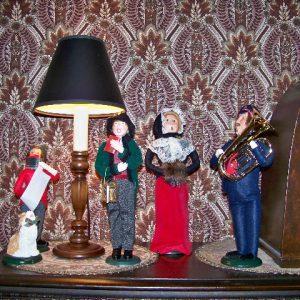 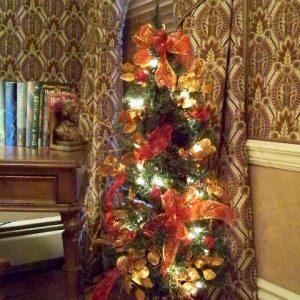 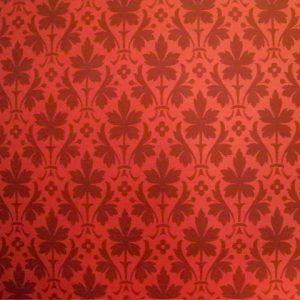