This Victorian house, built and owned by carpenter William Doody in 1867, almost got away from us. It is very representative of what took place in our neighborhood when the old Third Ward was being reborn as Corn Hill.

In the mid-1960s, many local properties were owned by an elaborate system of corporate slumlords, a practice exposed in a 1965 series of articles that appeared in the Democrat and Chronicle. The owner of this house at 34 Atkinson was cited in that series but, coincidentally, he died even as the articles were in the news.

The house sat empty for many years as the city struggled with the owner’s estate. A blight on the neighborhood, demolition orders were imminent. Although the home clearly needed a lot of work, the Landmark Society found it to be structurally sound and fought hard to save it. In 1974, an electrician named John LoPresti, president of the recently formed Corn Hill Neighbors Association, bought the house and gave it new life. By 1981, it was offered for sale as an “outstanding brick 2 family” home.

Almost forty years later, the current owners, Nancy and Blair Brown, appreciate the improvements that LoPresti made, even as they add renovations of their own. They have completely modernized the kitchen but have been respectful of the house’s long history as they work their way through other rooms. On the first floor, the living room’s yellow walls and high ceiling create a cheery, spacious ambiance. Upstairs, each bedroom is taking on colors and decor unique to each family member.

Best of all, a family has brought new life to a house that is now fully recovered from a time when its future was bleak. 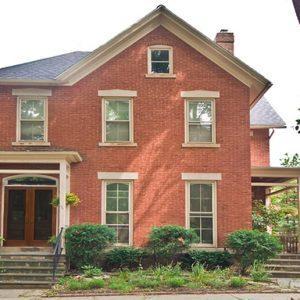 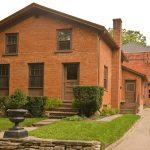 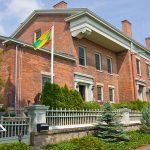 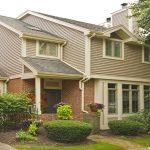 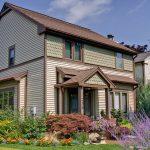 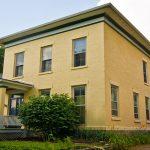