A charming American Foursquare, the home you see today was constructed in 1907. It was converted to a two-family home in 1941, denoted by the unusual full bath on the first floor, and was restored to a single-family home in the 1950s.

While the style of the home is common for the era in which it was built, it has a number of unique architectural and design features, such as the pediment-style dormers on the hipped roof. Further, the home’s foundation is brick, while the first story is fashioned with wood shingled siding, and the second story aluminum. The living room showcases a fireplace, framed in heavy oak and covered in an ornate brass grill, original to the house. Details from the home’s construction such as the gumwood trim, woodwork and doors abound.

A great deal of the home’s restoration is owed to the Scotts, who resided here for over half a century. Mr. and Mrs. Roy L. Scott lovingly furnished and maintained the home, emphasizing its original character and warmth. Mrs. Scott also took great pride in her garden and landscaping and their collective efforts won them the Mayor’s Award of Excellence for neighborhood rehabilitation long before the revitalization of Corn Hill began.

The current owner bought the home in 2013 and has been busy maintaining it and putting on his own touches. 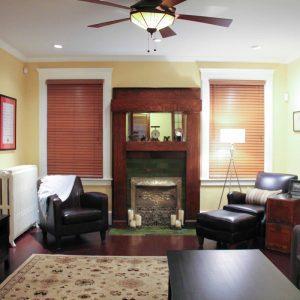 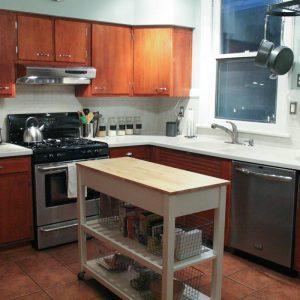 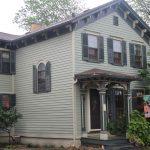 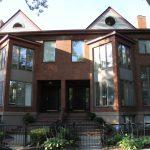