When this Italianate style brick house was built, the mode for illumination was gas, but in the 1920s the house was electrified. In the early 1960s, the house became divided into 5 small units, each with its own utilities, furnace, and water heater in the dirt floor basement. Fortunately, very few major alterations occurred in this division. Forced air ducting was run on the surfaces of the walls and some doors were nailed shut with dead bolt locksets added to others. The real damage to the building occurred in 1972 when the building suffered a fire that left a void from the rafters through the kitchen area and into the basement. The house was boarded up and left vacant for 8 years allowing water from the gaping roof holes to destroy any plaster cornice moldings that had survived the fire. At this time, the original front doors also “went missing.”

The current owner purchased the house in 1980 when “most sane folks had already walked away.” After five years of removing plaster and lath, pouring a new basement floor (after digging the basement a foot and a half deeper by hand) and rebuilding two chimneys, the house then had one finished bedroom and a “temporary” kitchen set up in the front parlor. In 1985, with these two rooms habitable, the owner and his wife moved in. With help from friends and family more rooms were finished, gradually expanding the living space.

The gutted house was rebuilt from the “inside-out” with all new walls, electric, plumbing, heat, and insulation. Much care was taken to restore as much as possible, retain, replace or duplicate missing details. For example every piece of door, window trim & base board was removed, sent out and stripped of 10 coats of paint, then carefully re-fitted to original positions & re-painted. All but three of the doors are original to the house, but the replaced rear porch door and the parlor pocket doors are true to the style and period of the house. All porches are new and are copies of the originals. A new garage was added to the rear of the house, with a Beaver Street access. The “temporary” parlor kitchen remained for 20 years until the current kitchen was finished in 2005. Please note the full size paper mock up of the NEW doors for the front hall. The clear pine to fabricate these doors was purchased 31 years ago and is still is in the garage.

This house harkens back to the original purpose of the Landmark Society’s first Third Ward House and Garden Tour of 1971, when tourgoers were given the opportunity to witness restoration projects still in progress. One has to have vision with an undertaking like this! 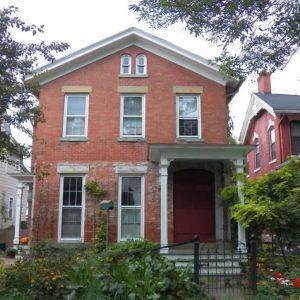 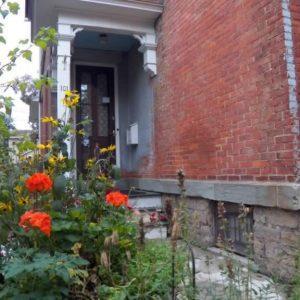 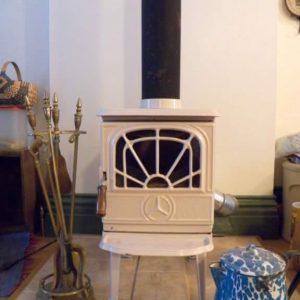 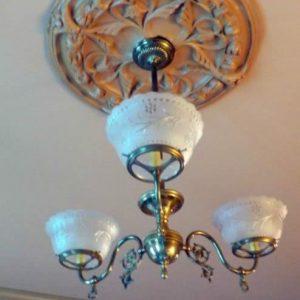 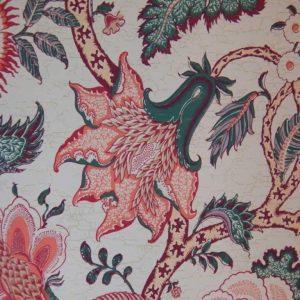 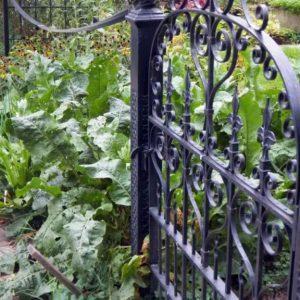