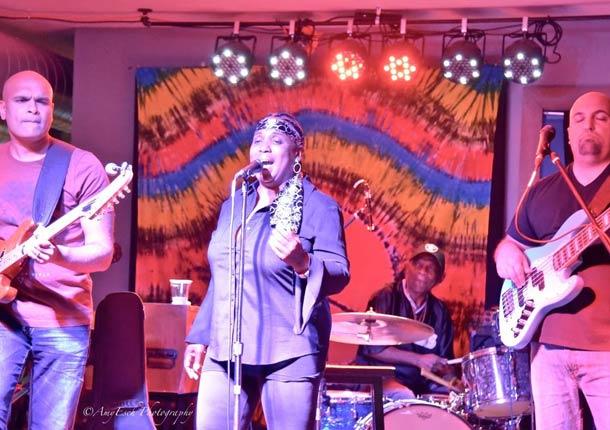 The Corn Hill Neighbors Association and ESL Federal Credit Union are proud to Cinnamon Jones at The Corn Hill Gazebo on Sunday August 29, 2021 from 4:00-7:00 pm

ABOUT: Behold the very essence of an unadulterated phenomenon of talent. Cinnamon was designed to leave an indelible impression for all to admire. She embodies an unequaled exhibition of love and dedication for the art of music which shows through her innovative blend of genres. Her body of work reflects inspiration from gospel, Blues, Jazz, Pop, R & B, and Soul. Her ability to bring together these many influences infusing them all with a Gospel core, stunning vocal prowess, and commanding stage presence, lends to a performance that is both moving and unforgettable.

While utilizing her remarkable gift of performance, Cinnamon effortlessly combines her rich vocal talents with acting skills, awarding her roles in Dream Girls and Bubbling Brown Sugar. She is also fortunate enough to add producing to her long list of facilities, an essential component in forming a spectacular entertainer. She successfully produced locally acclaimed stage productions such as; Lee Gospel, The Blues are True, and Live on stage: A visual experience.During her career thus far, Cinnamon has also had the privilege to perform as an opening act for a list of phenomenal entertainers such as; R & B legends Rick James and Jeffrey Osborne, Neo-Soul artist Eric Benet, Jazz artists Marion Meadows and Rick Braun, along with comedians Paul Mooney and Tommy Davidson. She also toured with talented Blues artist Buddy Ace. She has performed internationally in such countries as Belgium, Ireland, Italy, and Spain and has received standing ovations in each local

Since leaving California, Cinnamon has returned to her native State of New York. She currently resides in Rochester, NY […]